International Business Challenges. Let’s do a little experiment that will change your way of seeing the world, forever. Well… maybe this one was a bit of an overshoot.

For a few seconds, I’ll show you a short text. All you have to do is take a look at it. 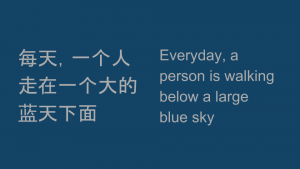 Experiment 1. Briefly look at the picture

Got it? Right. Now, answer this simple question: could you tell me what you have read?

If you’re not Chinese or Japanese, most likely, you’ve read the right part of the text, which is made up of latin alphabet characters. Most likely, you have largely disregarded the fact that there actually was a left part. At best, you’ve noticed the existence of “some Asian characters” in the picture.

The reverse equally applies to your Chinese counterparts. What you probably can’t imagine is what happens to bilinguals. If you are a Chinese native speaker, even if you can read English well, you have probably concentrated your attention on the left part of the picture. You have overlooked the English text. You know it was there, but you haven’t even tried to read it.

This half-blank-page effect happens whenever we are presented with texts in multiple character systems. A website, an advertisement, a menu at a Sichuan restaurant, or a Chinatown shop front. By the way, you particularly need to be aware of this effect if you deal with cross-cultural communication in written form.

Too Hard or Not Too Hard

It is commonplace, among us so-called Westerners, that learning Chinese is one of the hardest endeavors that we may face. And, indeed, I won’t say it is an easy one. Even when we are so lucky as to see real Chinese Characters, in real China, with our own eyes, we are so deeply persuaded of the difficulty, that we give up before even trying.

No doubt, learning Chinese seriously requires years of study and application. Nevertheless, this doesn’t mean that this beautiful language must remain totally obscure forever. And there are good reasons for that. When I first approached Mandarin Chinese and Chinese characters in particular, I discovered how charming the path to understanding them could be.

Besides an enriching experience, a basic knowledge of Chinese characters has another interesting consequence. In doing international business, it opens for you a whole world of improved relationships with your Chinese counterparts. Letting them discover that you can read some Chinese will boost their sympathy towards you.

Let’s get practical. Take for example the word for “person”. It sounds more or less rén and is written with one character: 人. Two simple strokes, to represent what can be easily interpreted as the stylized drawing of a walking person.

Now, think of something big. Think of the gesture you would make, if you were in front of another person, to express the concept. That’s it: you would stretch your arms wide-open, right? Take the “person” character and add open arms to it. And there you have the character for “big”: 大. The Chinese pronounce it approximately dà.

One more. What is it that is placed above our heads? The sky, right? Add one more stroke on top of the character for “big” and you’ll get 天, tiān, meaning “sky” or “heaven”.

For example, this word: 外国人, pronounced wàiguórén, means foreigner. Have you noticed that it includes one of the characters that we have introduced, 人, rén?

Now, let’s make one last little experiment. This time, it will only work for the non-Chinese. Look briefly at the following picture. 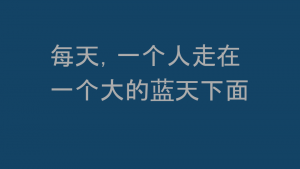 Experiment 2. How many characters can you recognize?

Now, forget for a moment about sounds and pronunciations, and concentrate on forms. How many characters have you recognized? I promise you that, whenever you’ll see the same three characters again, even if you don’t understand the sentences they’re in, not only will you recognize them, but you will also remember their meaning.

As you will see, this little experiment has changed your way of seeing the world, forever.

Oh, and don’t forget to write down your score in the comments below! How many characters have you recognized? 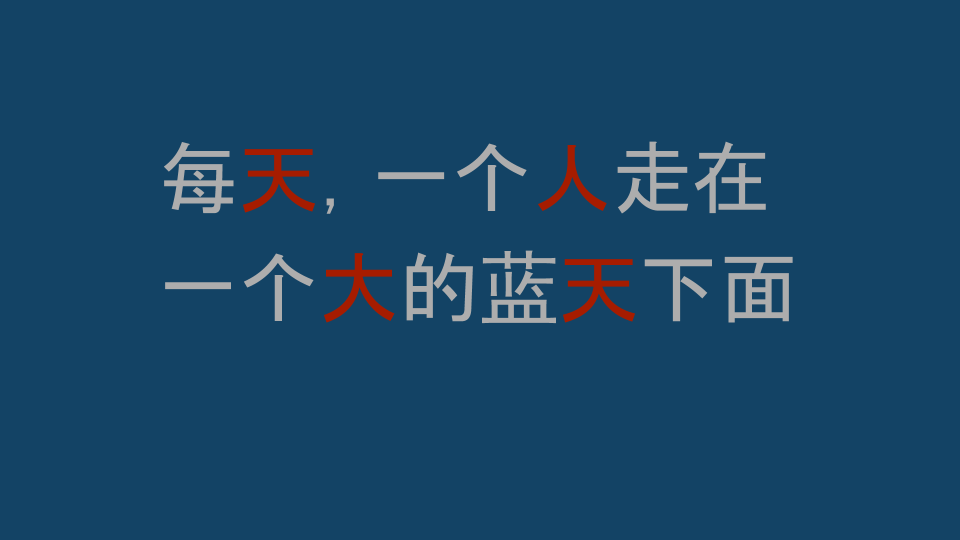 Have you spotted them all?

Do you have a similar story to tell? In this case, please, leave your comments.

This website uses cookies to improve your experience while you navigate through the website. Out of these, the cookies that are categorized as necessary are stored on your browser as they are essential for the working of basic functionalities of the website. We also use third-party cookies that help us analyze and understand how you use this website. These cookies will be stored in your browser only with your consent. You also have the option to opt-out of these cookies. But opting out of some of these cookies may affect your browsing experience.
Necessary Always Enabled
Necessary cookies are absolutely essential for the website to function properly. This category only includes cookies that ensures basic functionalities and security features of the website. These cookies do not store any personal information.
Non-necessary
Any cookies that may not be particularly necessary for the website to function and is used specifically to collect user personal data via analytics, ads, other embedded contents are termed as non-necessary cookies. It is mandatory to procure user consent prior to running these cookies on your website.
SAVE & ACCEPT